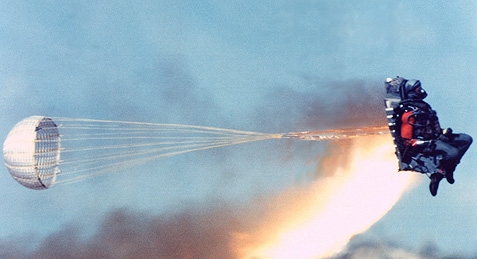 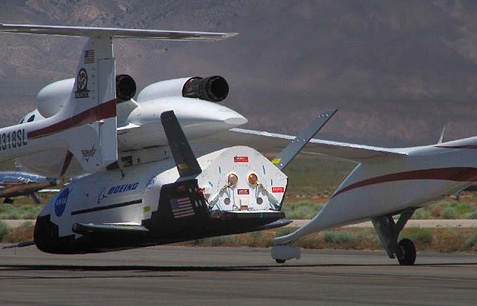 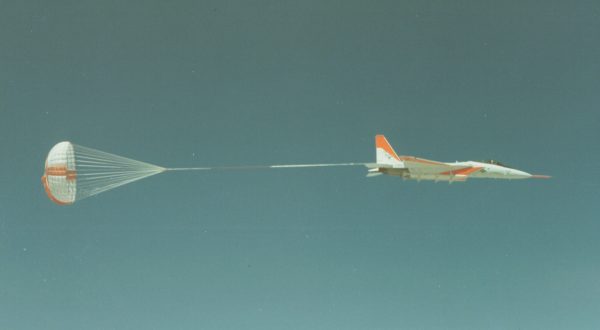 Airborne Systems has extensive experience and expertise in a variety of applications related to aircraft safety and effectiveness, weapons delivery and delivery of personnel and cargo to the warfighter.

Military systems include gliding and non-gliding personnel parachutes for all class of air drop, as well as conventional and precision cargo delivery systems.  Airborne Systems also supports the U.S. Missile Defense Agency by providing a number of air launch systems to deliver targets for use in the testing of missile defense systems. 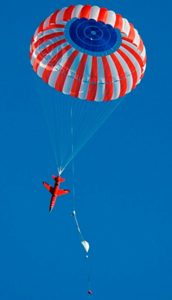 Airborne Systems has been a supplier of parachute recovery systems for aerial targets for many decades, including the original equipment designer for the MQM-107 aerial target. Airborne Systems is the designer and sole source supplier for the recovery systems for the Composite Engineering BQM-167A, BQM-177A and MQM-178 aerial targets. The BQM-167A system has now been in service with the USAF for over a decade and has demonstrated extremely high reliability. These current systems include parachute flotation devices, and the next generation of systems will include airbag landing systems, both using Airborne Systems inflatables systems technology. 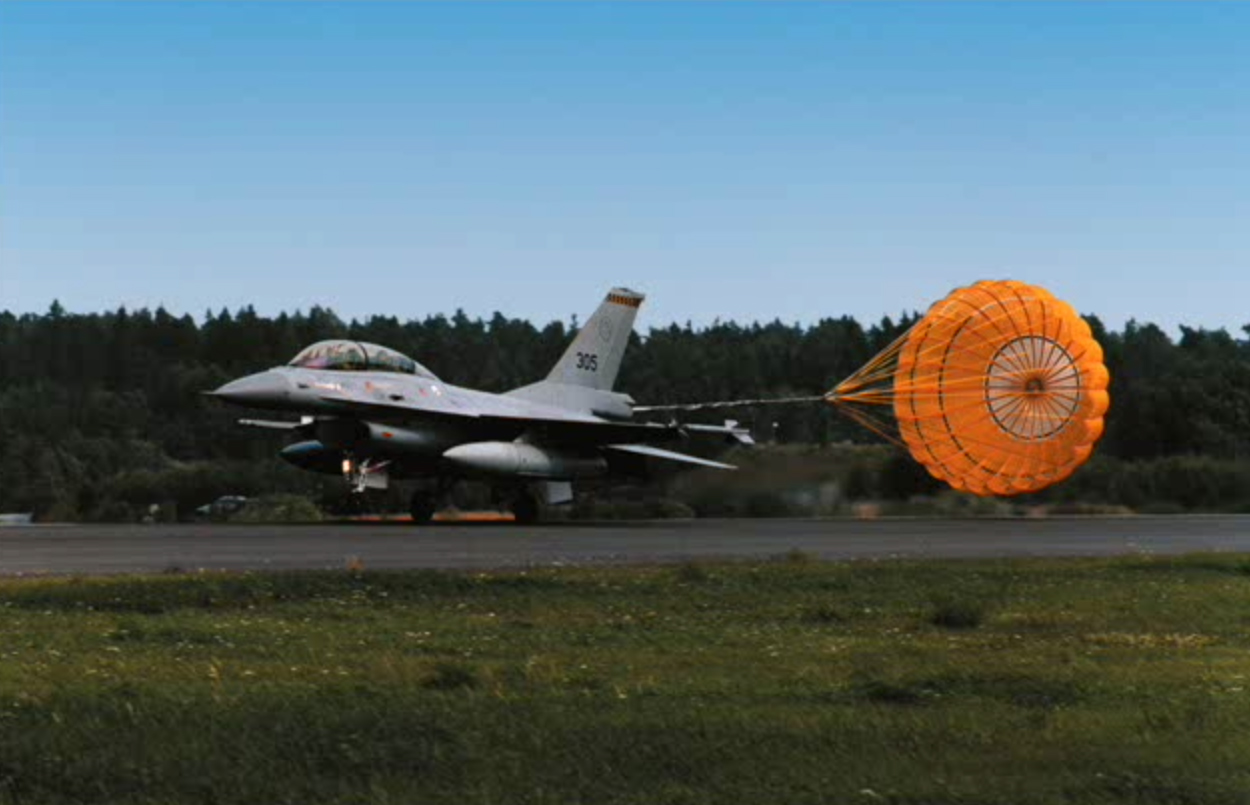 Below is an artist’s impression of the F-35 drag chute. 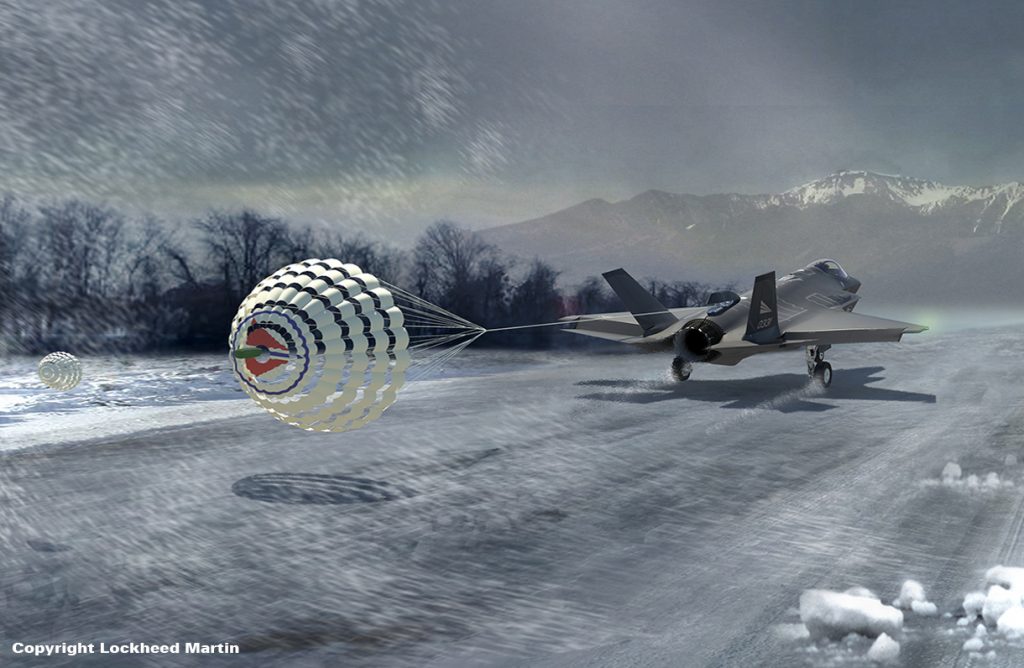 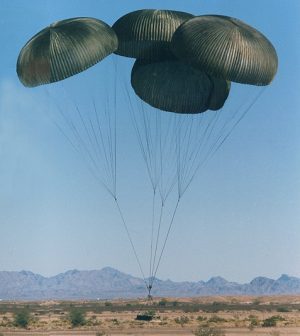 As the new technology personnel systems allow safe and secure deployment of personnel from lower flying aircraft, Airborne Systems is applying these lessons learned to the next generation of low level cargo delivery systems.  These will complement the guided cargo systems that are suited for the high threat environments.  Airborne Systems has tested parachutes designed as replacements for the existing in-service G-11 and G-12 systems.  These new designs are capable of operation at the same flight conditions as the new personnel systems that are now fielded by the U.S. forces. 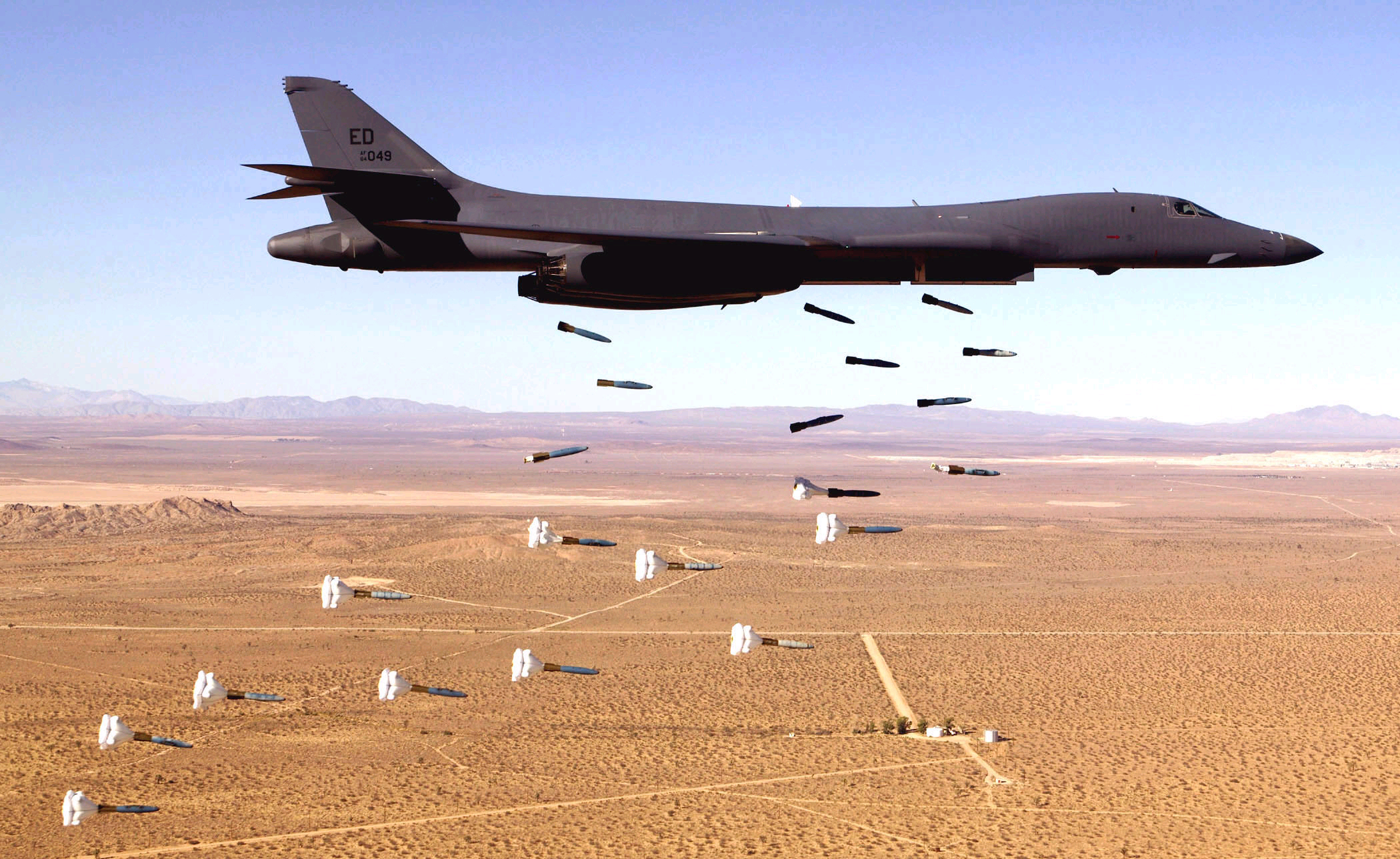 Airborne Systems has produces a range of aircraft escape systems for use on ejection seats.  These systems are in service on thousands of aircraft around the world.  Airborne Systems continues to develop modern design systems intended to allow safe and survivable escape by aircraft personnel over a wider range of weight classes than current systems.  These modern systems are being developed for use in new aircraft applications and for retrofit into the fleet of existing aircraft ejection seats. 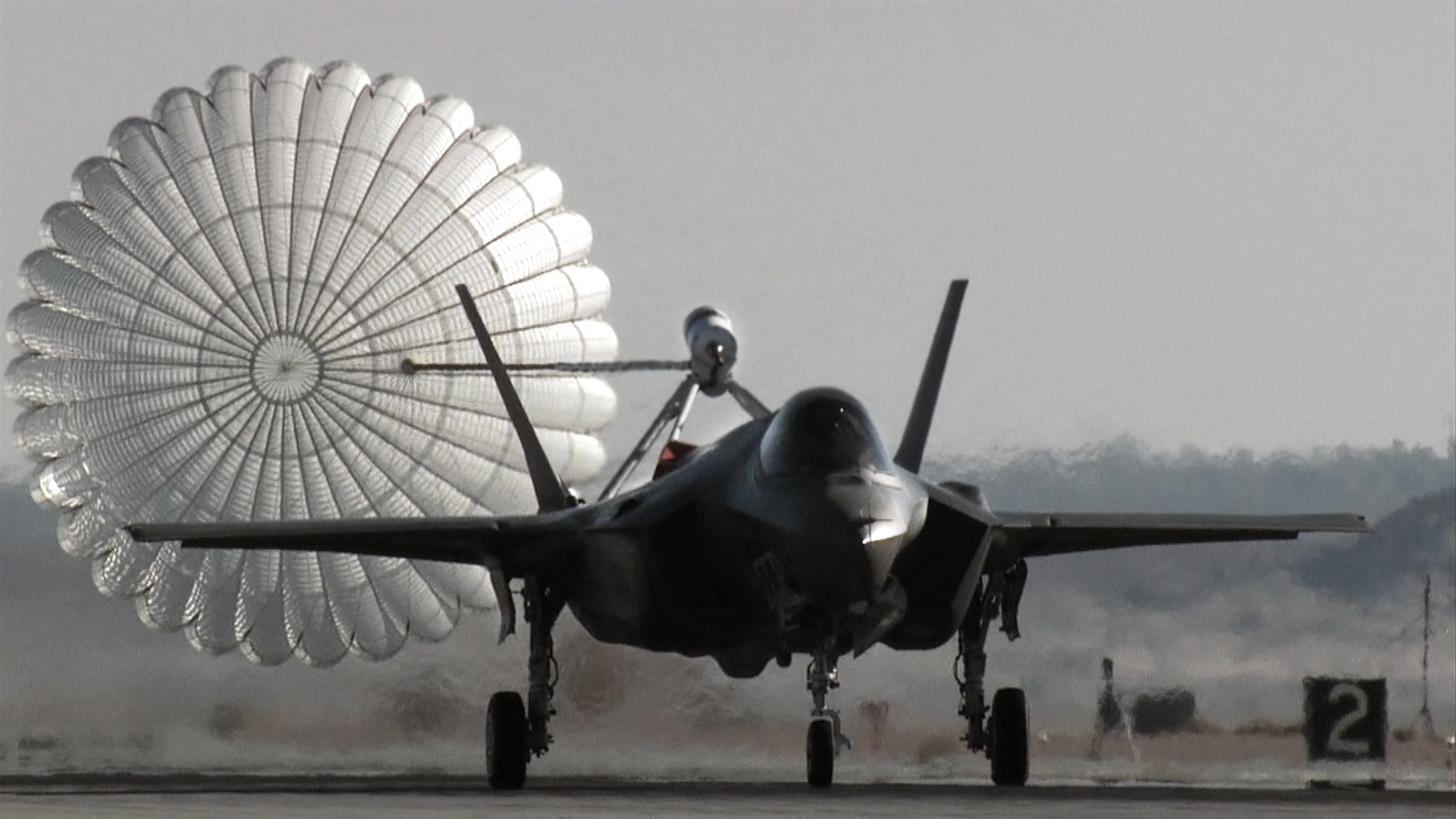 Airborne Systems is the world’s premier provider of aircraft spin and stall recovery parachute systems.  Airborne Systems experience in this field extends for nearly 50 years, starting with the early DC-9 aircraft and continuing through to systems for most of the current major aircraft manufacturers.

Spin recovery systems are currently being provided for the F-16, F/A-22, Korean Aerospace T-50, Aermacchi M-346 and the F-35 Joint Strike Fighter, as well as smaller ‘light’ aircraft such as the Cessna Caravan. Stall recovery systems, typically used to recovery ‘T’-tailed aircraft from a deep stall condition, are used by most of the major aircraft manufacturers, including Bombardier, Cessna, Hawker Beechcraft, Embraer, Gulfstream and Honda Aircraft.

Airborne Systems has provided a range of flight termination systems for a number of different unmanned vehicles.  These flight termination systems are designed to be able to terminate the unmanned vehicle’s flight, e.g. when required to keep a vehicle within a defined test range boundary.  Airborne Systems is currently providing and supporting systems for the AGM‑86 cruise missile, the NASA X-37 flight demonstrator and for the Korean Aerospace Research Institute’s tilt-rotor unmanned aircraft.