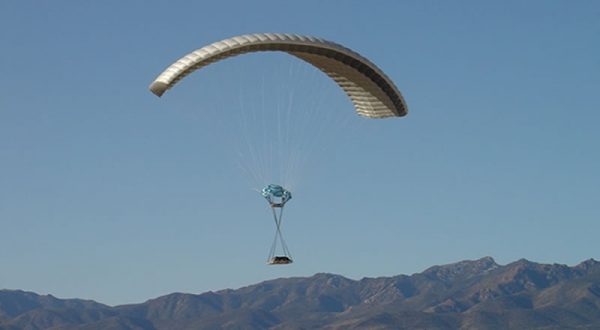 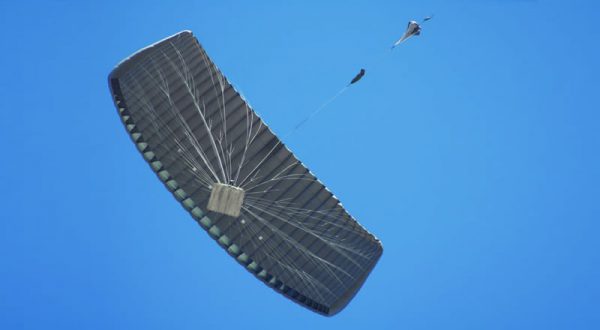 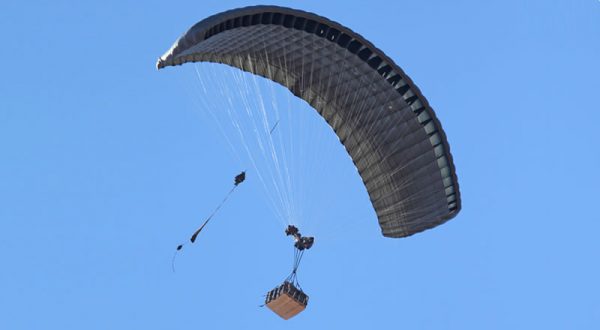 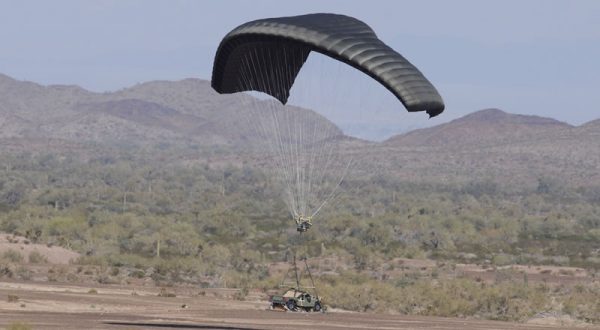 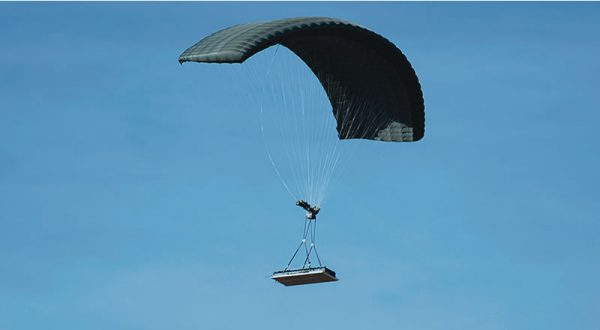 Accurate and Easy to Use

The DragonFly® AGU is programmed in the same way as all other AGUs manufactured by Airborne Systems. The only data required to place the system into operation is the location of the Impact Point and the system GRW. Wind data can be uploaded into the AGU, but the wind data is not required for operation. Just as a jumper under canopy continuously reads the winds and makes the required corrections, the DragonFly® makes continual corrections until the final flare to land.

Modular Design for Packing and Maintenance

A unique modular system allows the AGU to be charged while the canopy is being packed, enabling turnaround times of less than four hours between drops.

The DragonFly® army cargo delivery parachute system uses a deployment bag similar to a conventional G-11 style deployment bag with a standard Release Away Static Line (RASL). The system can be easily converted from gravity drop to extraction configuration while the system is packed.

The Remote Control Unit allows a user to remotely program the system for a mission and can be used to monitor the status of systems while onboard the aircraft prior to drop. After the DragonFly® is dropped, the Remote Control Unit can be used to monitor the location and heading while in flight. If desired, an operator may override the Airborne Guidance Unit and fly the system manually.

The DragonFly® is part of a family of GPADS platforms developed and manufactured by Airborne Systems. The MicroFly®, FireFly®, and DragonFly® systems are capable of delivering gross rigged weights from 200 lb. (90.7 kg) to 10,000 lb. (4,535 kg). Airborne Systems is also developing the MegaFly® and the GigaFly® which will increase the gross rigged weight range up to 42,000 lb. (19,050 kg). All operate with a common algorithm, user interface, and mission planner. The packing methodology for all systems is identical, so little additional training is required to qualify riggers on different systems. 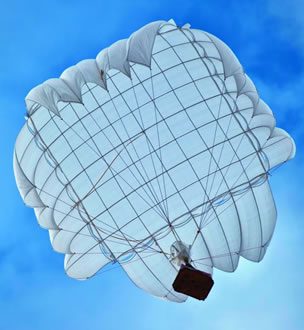 Airborne Systems designs and manufactures a low cost cargo parachute that can be utilized as a one-time system or repacked and reused as necessary. 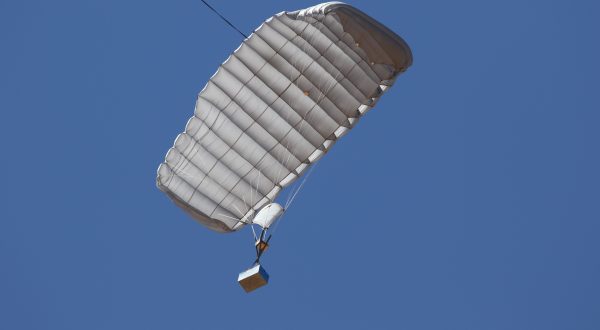 The FC Mini is a smaller version of the FlyClops 2K, for payloads between 200-500lbs.

This unique one-time use parachute complements the 2K FireFly® system and is part of the Airborne Systems family of Guided Precision Aerial Delivery Systems (GPADS).

The FlyClops® 2K is a complete system that is an alternative and low cost option to our standard FireFly 2K system.