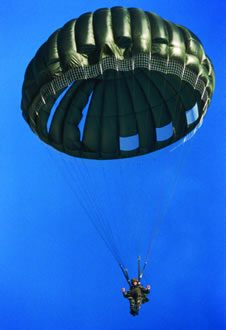 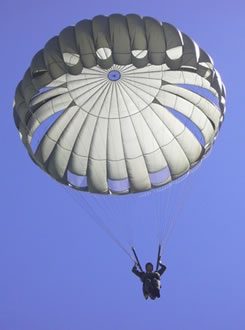 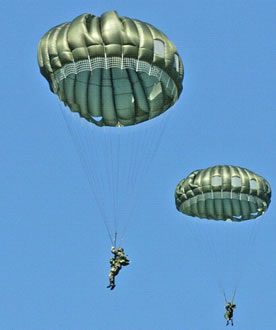 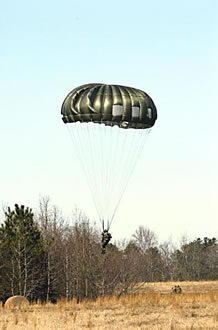 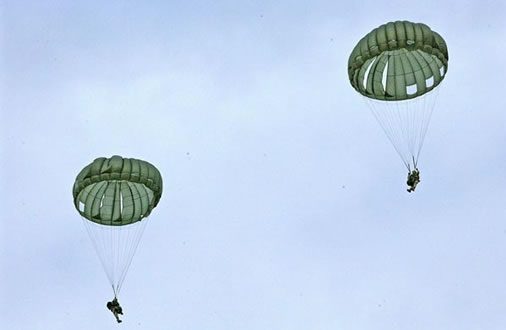 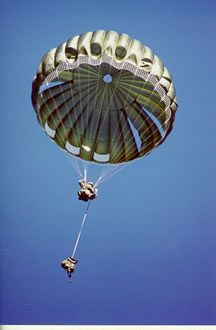 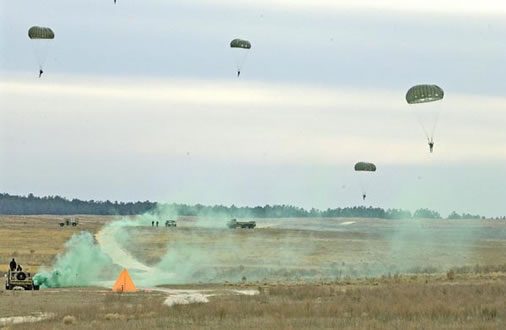 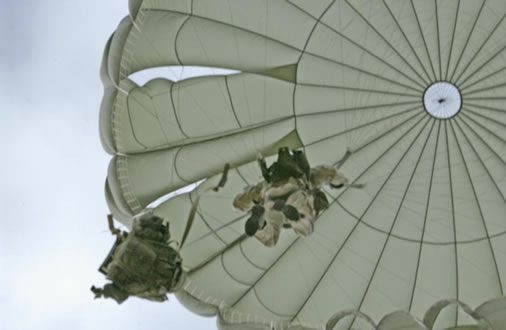 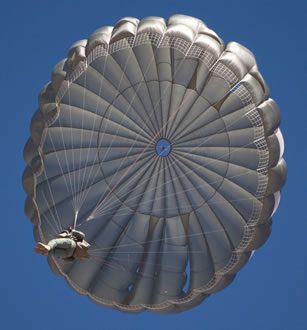 The MC-6 main canopy is a steerable, round, 28 gore polyconic parachute, which has been used by U.S. Special Forces for over 10 years, proving itself to be consistently safe and reliable.

The SF-10A has demonstrated softer openings at higher elevations and does not suffer from the type of damage seen on the MC1-1C at this deployment condition.

The T-11R is an aero-conical design based on the current UK Low Level Parachute reserve canopy, but with increased structural strength.

The T-11 is the next generation non-steerable troop parachute system. Airborne Systems is the only qualified source to provide the T-11 system internationally. 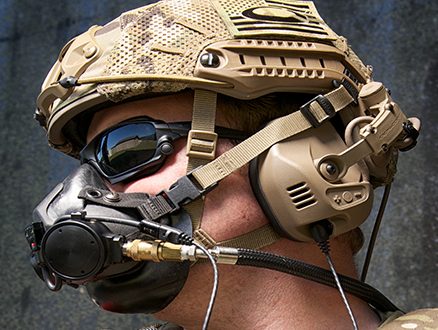